skip to main | skip to sidebar

So most of the adventures I have over here tend to be indoors, especially the ones that occur at night. But I just so happened to enjoy some nice weather and beautiful scenery last weekend. If you didn't know, there happens to be quite a few Michigan grads in Korea. Some I knew before, some I just met, and some I'll meet later. But one of my favorite people from home is Cynthia. 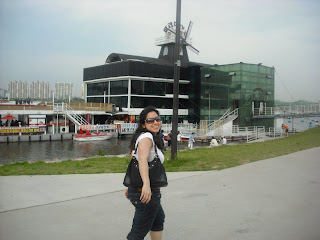 I met up with Cynthia at Hangang park along the Han River, outside of Yeouinaru Station. I planned on meeting up with her earlier, but I got caught up in Itaewon trying to get a haircut (that's a story for another day). But it was still light out so we got to hang out. 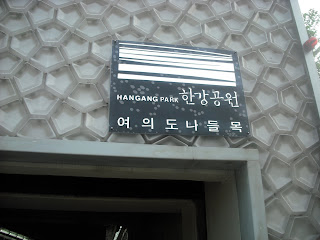 We talked about experiences at our respective hagwons, what we missed about home, and the various idiosyncrasies we noticed about Korea and its citizens. But the coolest thing we talked about was the Han River, stretching from North Korea all the way through Seoul. There were ferry tours at the park along with stores and shops sitting on the river. But the thing that caught our attention was the duck boats. 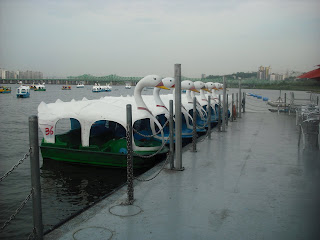 You may call them swan boats or you may call them duck boats, but the point is they have pedals, a steering mechanism and an area of the river sectioned off just for them. If you've never ridden in one, you've at least seen them on TV or something, and Cynthia was pretty eager to take a ride so we strapped on life vests and hopped in. 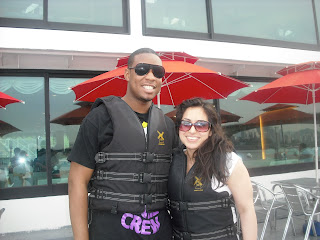 So we pedaled around the river for awhile, veering around the other duck boats, and bumped into an empty duck boat that just happened to be in our way. Then after we got tired of pedaling, we aimed the boat at a nice angle and enjoyed the view. 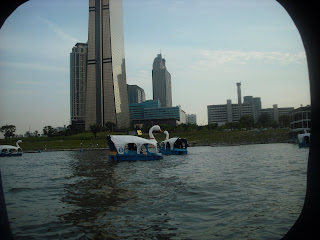 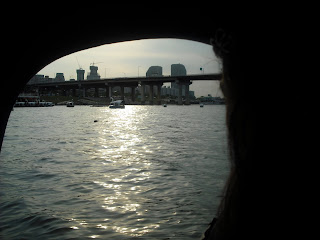 The view from the duck boats was pretty nice, especially where the sun hit the river. Some light leg exercise and watching the sunset was a nice and relaxing way to end the day. Pedaling duck boats around the Han River is definitely a cool way to pass the time, and we might have to take another trip in the summer. Apparently it gets so relaxed that you can just pitch a tent and take a nap. 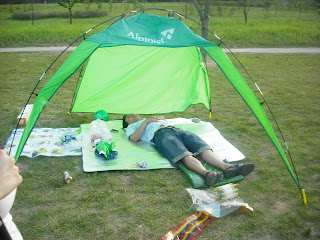 Shout out to Cynthia for the latest adventure. Always good to meet up with a friend from home, especially a fellow wolverine.

Oh, and we're in the midst of World Cup fever right now, so yesterday I went to a bar with some of my co-workers to watch S. Korea play Greece and it was CRAZY. Mostly because we won 2-0, but it's just really cool being in a country where the World Cup actually matters. But maybe that's for another blog post.

P.S. I decided to change the title of my blog to "Life In Marvelous Times" because, in the words of the Mighty Mos Def, "We are alive in amazing times." And besides, I'm having more adventures out of Ilsan than in it.
Posted by 안토니 (Anthony) at 3:44 AM

안토니 (Anthony)
South Korea
I'm just a regular guy, teaching English in South Korea. From time to time, I do some interesting things that you might like to read about.